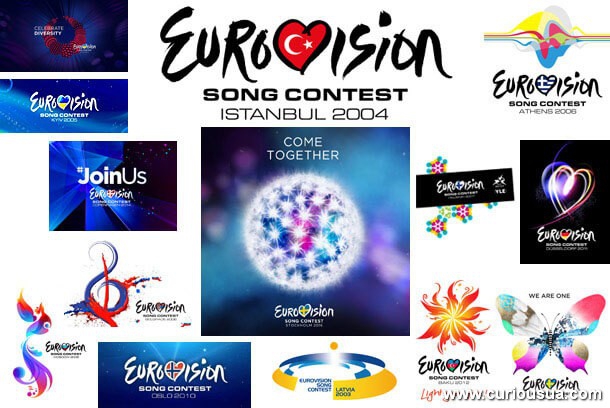 The history of Ukraine's participation in the international song contest began in 2003. Having missed Eurovision 2015, the country unhesitatingly won in 2016.

Ukraine expressed interest in taking part in the international competition in 2001 when major changes took places in the management of the National Television Company. Becoming a member of the European Broadcasting Union, Ukrainians could broadcast the grand final of the Eurovision 2002 at the state channel UT-1 and received the right to take part in the contest. The possibility of participating in the European song contest Ukraine had only in 2003. Let’s see, how it was in 2003-2017:

Eurovision 2003. The name of the first contestant, Alexander Ponomarev, became known in 2002. With the song «Hasta la vista, baby» the singer took the 14th place from 26 countries participating in Eurovision 2003. This was not a bad result for the first appearance, even though Alexander Ponomarev admitted later that « he received nothing but criticism about his performance«.

Eurovision 2004. Ruslana (Ruslana Lyzhichko) was the contestant at Eurovision 2004. She performed in Istanbul with the composition «Wild Dances» and took 2nd place in the semifinal of the competition, and – 1st place in the grand final on May 16th with 280 points. Ruslana recieved points from every country except Switzerland. Mass media called the performance of the Ukrainian singer «the absolute sensation» of Eurovision 2004.

Eurovision 2005. In the begining of 2005 the Eurovision in Kyiv was questioned because of the Orange Revolution that had happened in the country, but the Ukrainian authorities promised to do everything on time. It was announced that the Gryndzholi won the national selection with the Maidan's anthem «Razom nas bahato». The EBU Commission raised the question of the compliance of the song because of its excessive politicization. The composition was not disqualified, but some words were changed. Despite the positive expectations of the performance at the «home field», Ukrainian band took only the 20th place with 30 points. Nevertheless, Eurovision 2005 in Kiev affected positively the image of the country which became more popular for tourists.

Eurovision 2006. In 2006 Tina Karol was sent to the competition to represent Ukraine. In the semifinal with the song «Show me your love» the singer took 6th place, and in the grand final – 7th.

Eurovision 2007. Known for his stage image Verka Serduchka, artist Andrei Danilko sent an application to the national selection one of the last. He gain the majority votes from the people, but many public figures and Ukrainian politicians expressed concerns about his participation in the international competition. Some Russian journalists were put off by the provocative lyrics of the song «Lasha tumbai», which sounded like «Russia, goodbye». On May 12th in Helsinki Danilko took the 2nd place in the contest with 235 points.

Eurovision 2008. In 2008, Ani Lorak received the opportunity to represent Ukraine at Eurovision. She had been trying to take part in the contest since 2004. With the song «Shady Lady» the singer took 2nd place in the competition losing to Russia. An interesting fact is that in the beginning of 2009 Ani Lorak became the winner in the nomination «Best singer of 2008» according to the results of the voting at English Eurovision Song Contest Radio.

Eurovision 2010. A young singer Alyosha (Elena Kucher) represented Ukraine in 2010. The song «To be free» was identified as a copy of Linda Perry's «Knock Me Out». «To be free» was replaced with «Sweet People», and Ukraine paid a fine for missing a deadline of submission the song for approval. With the composition «Sweet People» singer took the 10th place in Oslo on May 29th.

Eurovision 2012. Gaytana represented Ukraine at the Eurovision 2012 in Baku with the song «Be My Guest». The singer took the 15th place with 65 points.

Eurovision 2013. Zlata Ognevitch won the Ukrainian national selection for Eurovision 2013 with the song «Gravity». The performance was in the fantasy style. According to the singer, her main goal was to submerge the viewers in the atmosphere of a fairy tale. As a result, 214 points and the 3d place after Denmark and Azerbaijan.

Eurovision 2014. Maria Yaremchuk with the song «Tick-Tock» represented Ukraine at the contest in 2014. At that time political turmoil started in the country, and the very participation of Ukraine in the contest was in question. The winner of the national selection was accused of supporting not «the right» political forces, then of bribing the organizers of the national selection. Voting results placed Ukraine at the the top ten of the Eurovision Song Contest 2014. With 113 points it took the 6th place.

Eurovision 2015. It was made a decision not to participate in Eurovision 2015 due to the difficult political and economic situation in the country. However, the Ukrainians were not left without Eurovision completely. The national TV company broadcast the semi-finals and the grand final of the contest.

Eurovision 2016. After the national selection it became known that Jamala (Susana Jamaladinova) would represent Ukraine at Eurovision 2016 with a song «1944» in English and Crimean Tatar. The performance design was minimal, only light and graphics were used as a basis. As a result of voting, Jamala scored 534 points and took the first place. For many people, this victory was a big surprise. Eurovision grand final 2016 was very unexpected, because Australia won the jury voting, the people voting gave Russia the highest score, meanwhile Ukraine was the second in both votings, but when the total score was added, Ukraine became the winner. This result caused an ambiguous reaction from audience, a wave of reproaches in politicizing the contest and juggling the results ran through the Internet, radio and television channels. The news that the Denmark jury mistakenly gave Jamala 12 points instead of 0 added more fire to the scandal, although this mistake would only reduce the gap in points between Australia and Ukraine, but would not affect the final result. The sincere ballad «1944» did not become a hit, and was not played on the radio too often, but the Ukrainian singer entered Eurovision history as a winner.

Eurovision 2017. Winnig Eurovision 2016 Ukraine will host the contest in Kyiv in 2017. In the grand final on May 13 the Ukrainian rock band O.Torvald will represent the host country with the song «Time».

Read 4299 times Last modified on Thursday, 04 May 2017
Published in About UA
Tagged under