Foros is the southernmost city in Crimea 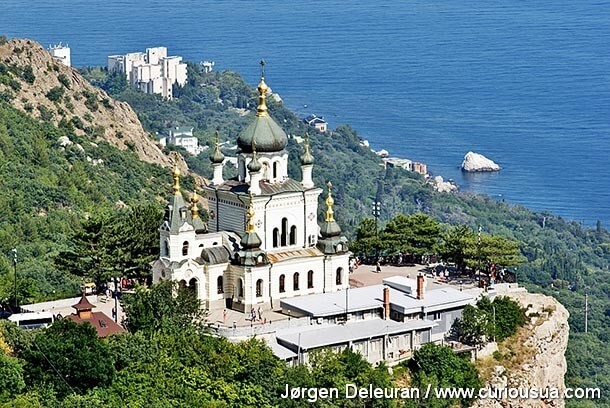 Foros is a smaller city with around 2,000 inhabitants on the southern coast of Crimea.

The city is best known for its beautiful church, the Resurrection Church, which stands high above the city on a ca. 400 meters high cliff. 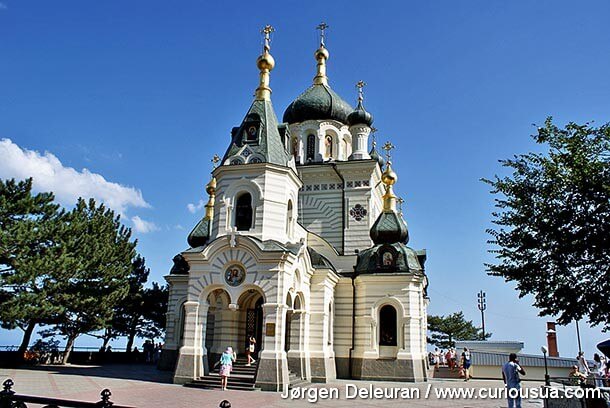 The entrance to the Resurrection Church. 2013.

There are two stories about the origins of the church. One story tells that a young bridal couple was on their way through the Crimean Mountains in a horse-drawn carriage when an accident happened in a sharp turn. Fortunately, they hit a rock that protrudes right on the edge of the abyss, saving them. In gratitude to God for saving the young couple, the parents built the church at the site of the accident. The rock that saved them can still be seen on the site. 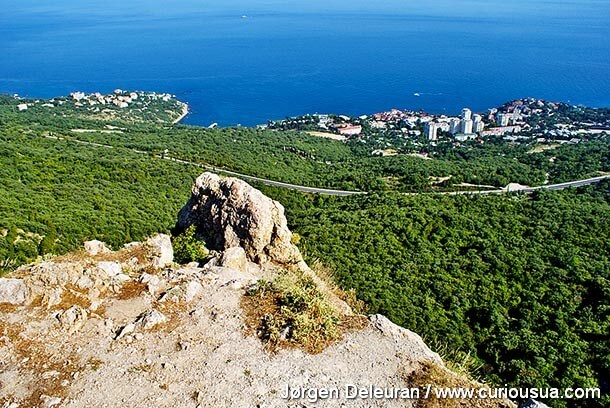 The rock, which according to the legend of the bridal couple, saved them from running into the abyss. 2013.

The second version reads that it was the rich Russian "tea king" Alexander Kuznetsov who had his palace in Foros, who got the church built. It happened to celebrate that Tsar Alexander III survived the 1888 train disaster in Borki. 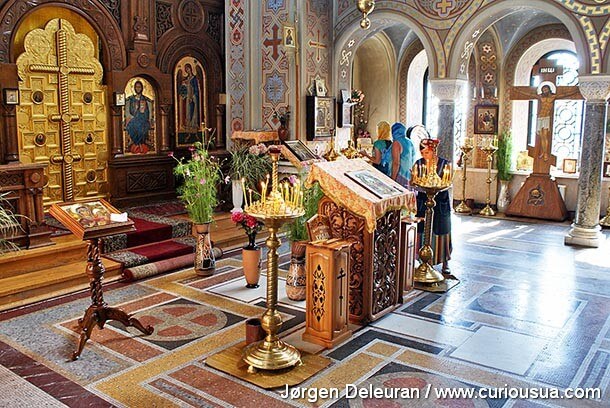 The first version is the most romantic one, but it is without doubt the last one that is the true story.

Foros was founded in the Middle Ages by Greek merchants, who also named the city. 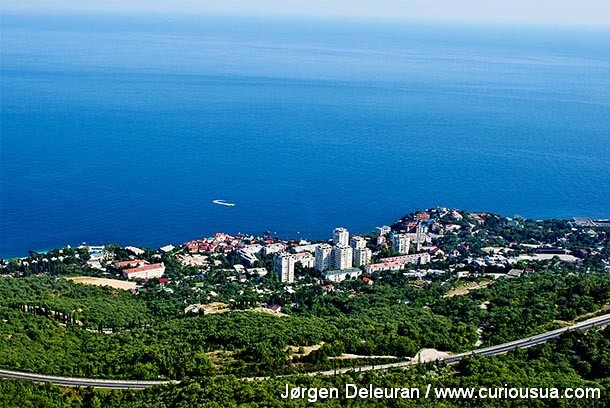 Foros, located right next to The Black Sea, is a smaller city that in the summer is visited by a number of tourists. 2013.

Incidentally, Foros is also known for the fact that several Soviet leaders had their datjas (summer homes) in the area. Among others. Mikhail Gorbachov had his datja here. It became world famous in 1991, when it was here that Gorbachov was placed on temporary house arrest, during an attempted coup in the Soviet Union.