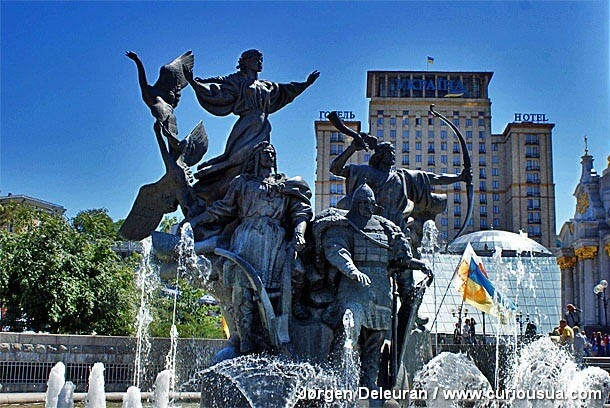 Monument to the founders of Kyiv, the brothers Kyi, Shchek, Khoryv and their sister Lybid, established in 2002 on Maidan. Photo: Joergen Deleuran.

Kyiv – the capital of Ukraine, carefully guarding on a long history of Ukrainian culture in its territory, but still a modern city.

Modern Kyiv – one of the largest and most beautiful cities in Europe, located on the Dnipro River, the capital of Ukraine and the administrative center of Kyiv region. 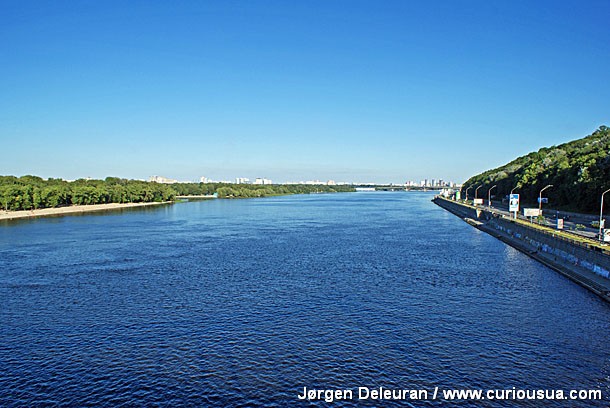 The Dnepro River in Ukraine has a length of 1121 km.

Incorporating both banks of the Dnipro Kyiv has an area of 836 km2. The city has a prime tourist location because it is located at the center of Eastern Europe.

For several centuries ago only 30,000 people lived in Kyiv. Now the city is urbanized so much that it houses more than 3 million people. This is an absolute record for Ukraine in relation to the number of people per square kilometer. But according to unofficial statistics the population in the capital including tourists represent 4 million! 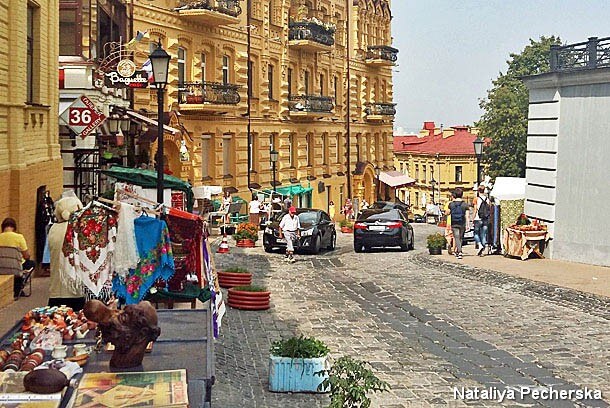 The capital is filled with ancient cultural monuments and works of modern art. But this is not the only thing that Kyiv captivates tourists with: among the many architectural ensembles wonderful green oases pops up. Parks, Gardens and Botanical Gardens is a charming organic supplement to the old city. 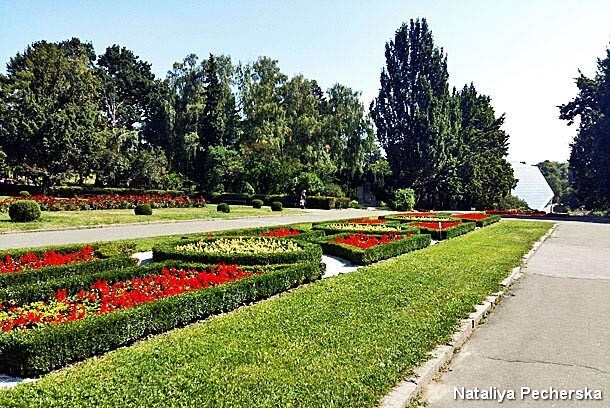 The M. Hryshko National Botanical Garden at The National Academy of Sciences in Ukraine.

Kyiv welcomes guests to the main street – Khreshchatyk. Flowering chestnuts escorting tourists on the street to Independence Square, which during Ukraine's years as an independent state experienced two revolutions. On the street Grushevskogo people are welcomed by the magic castle – Puppet Theatre – and the picturesque and spacious Mariinsky Park. On Bankova street – the mystical modernistic House with Chimeras. 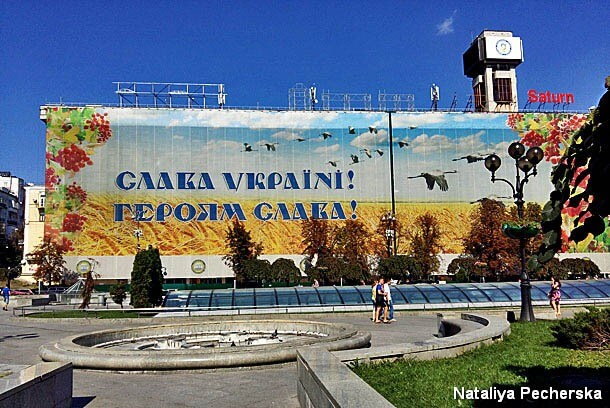 On The Independence Square (Maidan), Ukrainians came during The Orange Revolution in 2004 and The Revolution of Dignity in 2013.

The veil of the history is lifted for baroque religious masterpieces – Kyiv Pechersk Lavra, Sophiya Cathedral, Michael Zlatoverhyy Monastery and Saint Andrews Church. The neo-Byzantine Vladimir Cathedral and the Gothic Mykolaivskyi Church is organically woven into the fabric of the unique town. 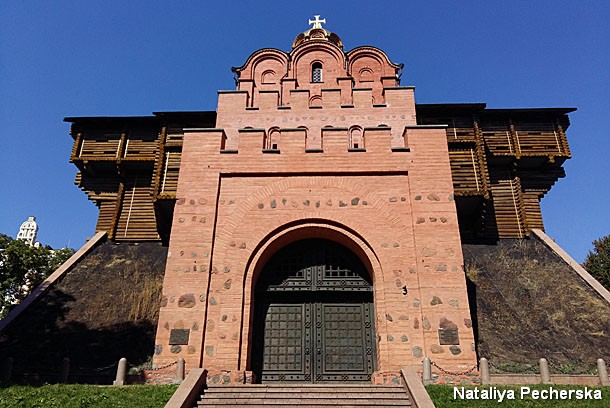 Golden Gate. A monument of defense architecture in Kievan Rus.

A strange and childish immediate Peizazhna Avenue offers the tourist to relax in the cat's or the hare's mouth (so unusual designs has the benches). 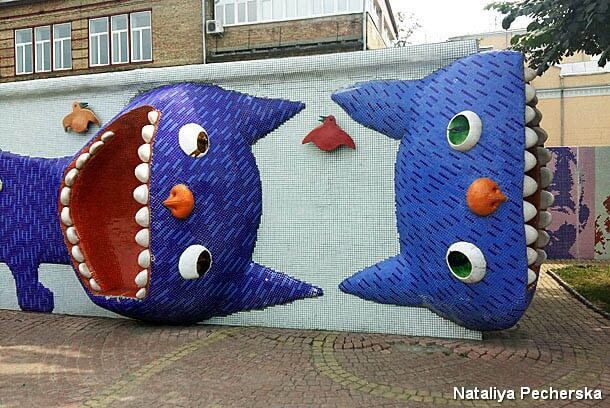 At the end of one of the many busy tourist days, you can go to the park «Volodymyrska Girka», which will give you views of half of the beautiful city of Kyiv. 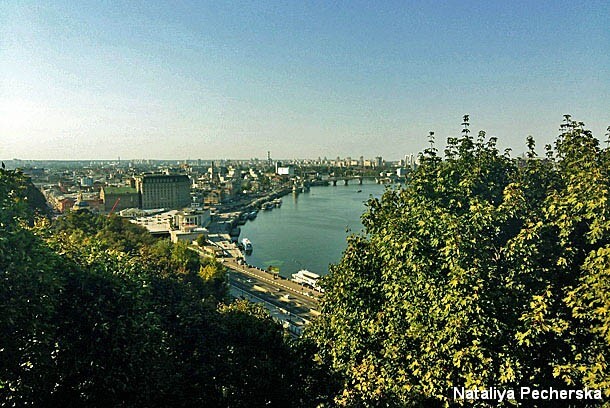 View from the park «Volodymyrska Girka» (Hill in English).

The whirl of the cultural life

The capital has many resources to satisfy even the most particular intelligentsia. This is not surprising, because Kyiv has for long time methodically developed a network of cultural life. Today the city has 27 museums, 25 theaters, about a hundred galleries and art centers and 139 libraries.

Scientific and educational activities in the capital

Kyiv has for a long time been known for its powerful scientific and educational bases. For example, Kyiv-Mohyla Academy and Kyiv St. Volodymyr Imperial University (now Taras Shevchenko National University of Kyiv), which have their roots far back in history. The hundred years old and in Europe well-known Ukraine National Academy of Sciences has spawned a generation of scientists. 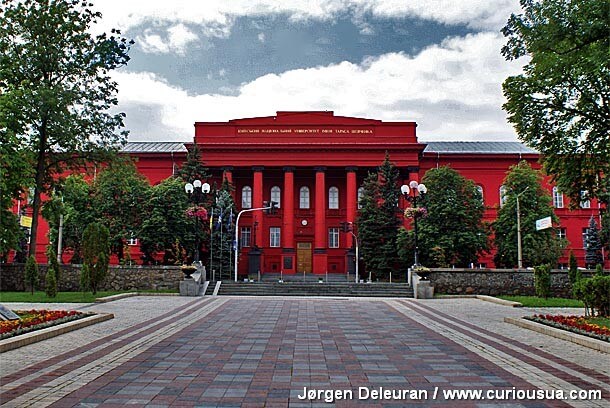 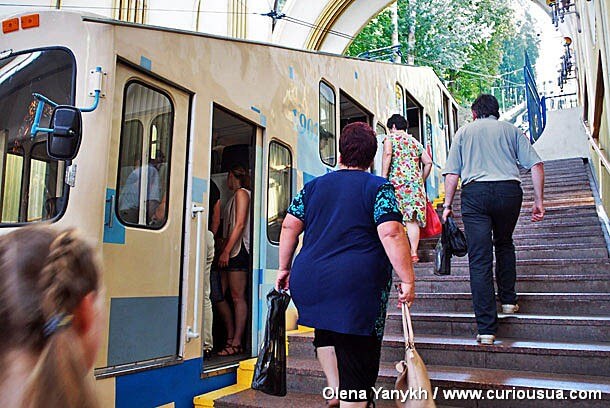 The funicular in Kyiv.

Industry of the capital

In Kyiv a wide range of industrial sectors such as mechanical engineering, aviation, metallurgy, pharmaceuticals, printing, light and food industries has developed. Generally there are about 500 large and around 1,000 small industrial companies in the capital. Of these, the most authoritative – Kyiv Ship Repair and Building Factory, the pharmacological company «Darnitsa», the Kyiv factories «Bolshevik», «Kievhimvolokno», Kyiv Factory for Special Mechanics, 410 factories for civil aviation and the aircraft factory «Antonov».