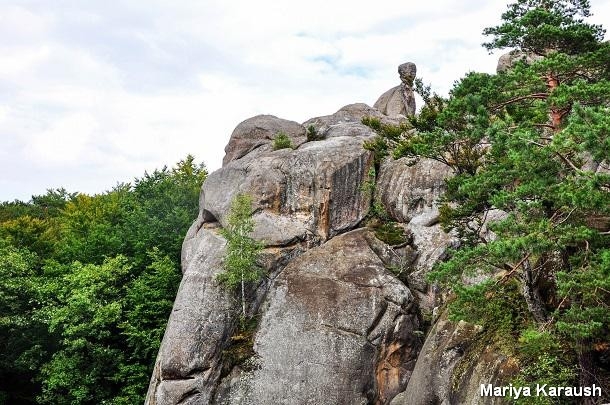 There is a mysterious place, you must simply not miss if you are in the Ivano-Frankivsk region. This place – Dovbush's Rocks.

Each area has its gem – a place that any tourist and adventurer necessarily have to visit. The Carpathians are rich not only in Bukovel. There are also Dovbush's Rocks. They are in the village of Bubnyshche, Bolekhiv district of the Ivano-Frankivsk region (GPRS 49 ° 2'40 "N, 23 ° 40'52" E). 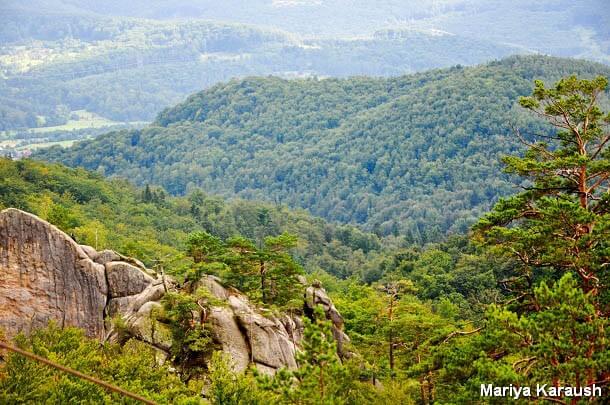 Dovbush's Rocks are history in stone.

A unique monument of the Ukrainian history

According to legend, opryshky (rebels in English. Opryshky – members of the farmers' rebel movement in western Ukraine) settled here in the 17th –18th century in this rocky cave complex and used the cave to conceal their treasures.

About the «treasure of Oleksa Dovbush», leader of the insurgents, there are a lot of legends. One of them tells us that Oleksa Dovbush's treasure is still not found. According to one of the versions, the reason is that at the burial of their treasures, Dovbush puts magic on them and therefore nobody – exept him – can find the gold. But if the hunters' intentions are «clean» and you really need money or want to share them with everyone, you're sure to find gold. And when these treasures are still not found by anyone, the intentions of those seeking gold have not been «clean».)

Legends say that when Oleksa Dovbush died, the Carpathians quivered in despair, which formed the rockss that later were named after him. 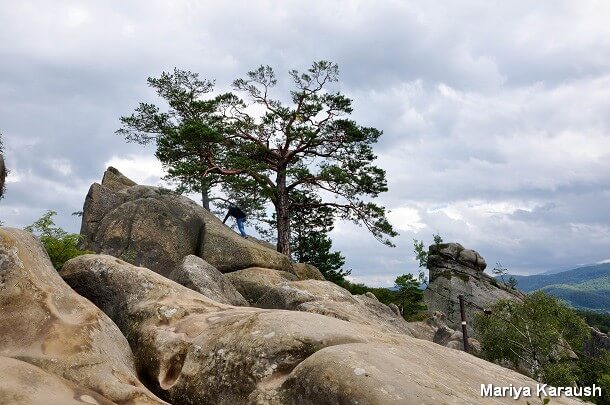 The mystery of the nature

Earlier, in the 10th –17th century BC, in the Dovbush Rocks existed a pagan temple paleo observatory. You do not have to look carefully to find that the area has clear geometric shapes, correct proportions, flat surface, vertical walls, very precise perpendicularity, fine finish in the ceiling. There are even chopped stairs in the rock.

During the excursion one can learn that food was stored indoors in the caves so that they were not spoiled even in the strongest heat. 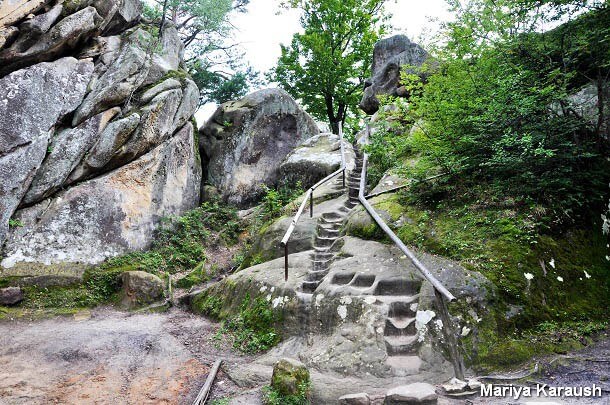 You can practice exercise with the stone stairs.

Bizarre characters from legends and fairy-tales

It should be noted that every rock, every stone reminds of something. A stone in the form of an open book, another – in the form of a ghost. Many of them have funny names, dictated by the shape of the stone or associated with legends and superstitions.

Here there is also «The Devil's Gap», whit a width about 20 cm. Very narrow place! But guides say that the person who comes through will get rid of all sins. Everybody tries! Those who does not manage to do it get help. Getting rid of all sins can only be a joke, but the feelings of how narrow there is in such a place you can not forget ... 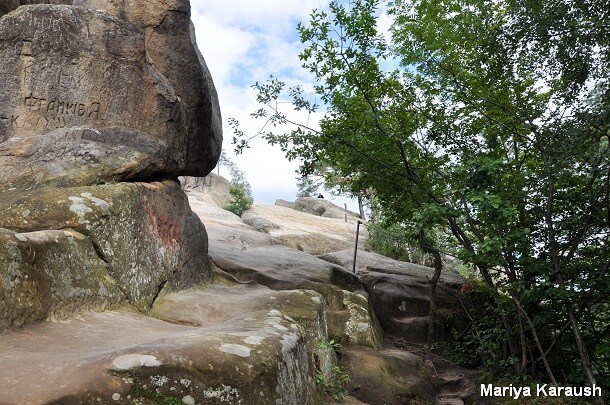 Today, Dovbush's Rocks are very popular among modern active youth. Especially those who perform climbing are happy for them. There are even international competitions in this sport. On the rocks there are over hundred routes of different difficulty levels.

The tour guides like to wear national costumes, and there are also tours with cossacks on horses, which makes the children happy. At the entrance to the rocks there is a restaurant with nice traditional Ukrainian cuisine, serving delicious banosh and mushroom soup. Adventurers of outdoor activities in tents can stay on site at a central settlement.

So if you visit the reserve, you can not only learn about the history of this region, but also follow mysterious paths, become one-on-one with yourself, your thoughts and the nature, think of something very important and ind the rocks put a note with your wishing, be filled with energy, have an active holiday. 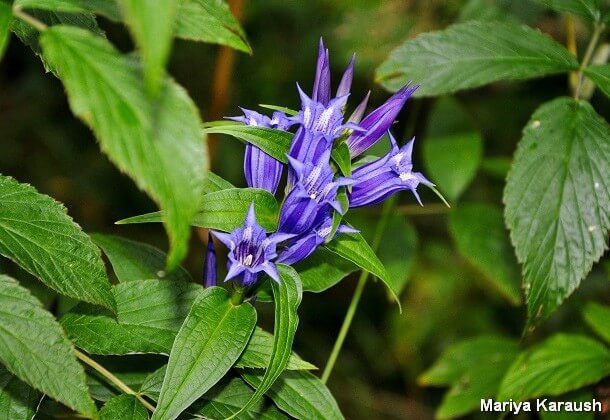 In the middle of the nature – the wild flowers of the Carpathians.

Excursions to the complex «Dovbushs Rocks»

Dovbush Rocks complexes can be made from the towns of Skhidnytsia, Truskavets, Morshyn, Bukovel and Slavske.

From Lviv you can come to the rocks in different ways, according to which transport you choose and your wish to save money or time on the road.