Lviv Marketplace – a square from the Middle Ages Featured 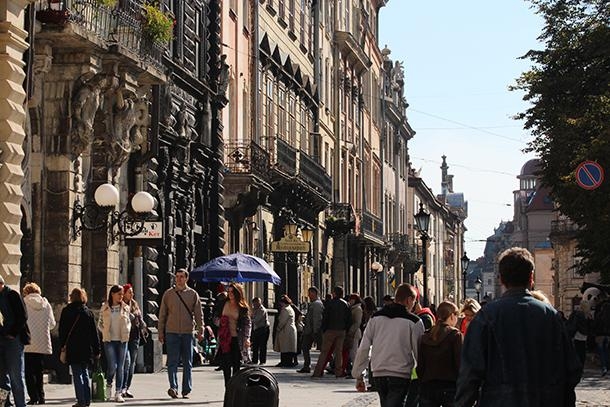 To visit Lviv and not visit Plocsha Rynok – unforgivable for any tourist who has set foot on the ground in one of the most beautiful cities in Ukraine.

For the architectural similarities to the capital of the Czech Republic, Lviv is called "the Ukrainian Prague", and Plocsha Rynok (Market Square, ed.) has become a worthy competitor to Prague's Wenceslas Square.

This area is steeped in the spirit of the Middle Ages. Major European cities in these days had similar areas which have been the center of economic and cultural life for the citizens. From the years when Prince Lev ruled, a German colony formed in the vicinity of the city. When the city was occupied by the Poles, the Germans allowed King Casimir to build fortifications in the south. In the center of the new town, Plocsha Rynok was formed with a size of 129 x 142 meters.

The main building, as expected, was the Town Hall, which was the first building to be erected by Prince Volodislav Opolskyi. The town hall was many times destroyed by fire until the ban on wooden buildings in the city. Now tourists can see the town hall, built in 1835, and enjoy the view of the city from the observation deck in the tower at a level of 65 meters.

The City Hall served as a meeting place for international meetings. Kings of Sweden and Poland and Tsar Peter I came there in important public affairs.

Four unique fountains in empire style with statues of ancient gods are around the town hall. They were created by the sculptor Gartman Witwer in 1793. From these decorated wells, the citizens could collect water. 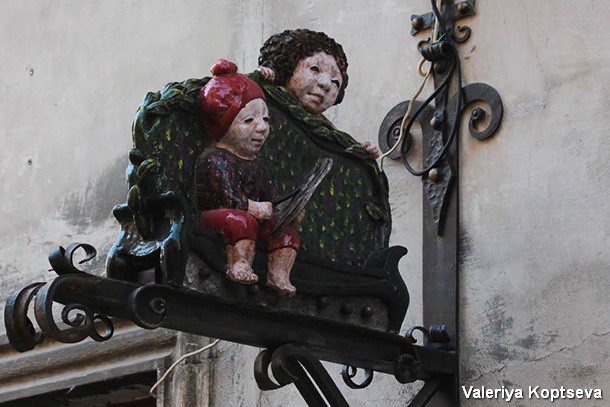 Each of the 44 houses that restrict and shape the architectural ensemble of the area has a 14th-century story and – of course – legends.

The unique pharmacy museum (house number 2) is made in the style neobarok. In this house, Roberto Bandinelli – a grocer, who in the early 17th century created the first post office.

Now all the buildings at Plocsha Rynok not only have the original titles but numbering that did not exist in the Middle Ages. Each building has different décor and other details on the facades, so you could easily find out who lives here and what that person do.

But all these houses have two similarities. They are three windows wide on the facade and consist of three floors. It turns out that at that time you paid taxes according to the number of windows. In addition, all merchants who built these buildings were ordered to have only three windows on the facade, so that all traders experienced a "similar" area for trading. It was here that a medieval equality reigned in Lviv.

Every tourist should know

Plocsha Rynok's infrastructure was developed in the 19th century, and a main road for tram line was established. With its help, Lviv's residents and visitors made easy access to downtown from the train station and from other areas to get around a unique place and experience the indescribable atmosphere, look at a museum of furniture and china or "Italiyskyi dvoryk" (Italian farm) and enjoy exclusive Lviv coffee and chocolate.

Right on Plocsha Rynok is the largest of the city's cafes – "Kopalnya kavy" (My coffee).

Plocsha Rynok is a place where all city visitors should come.